Based on the company motto “EX ORIENTE LUX. EX OCCIDENTE LEX”, the mission is to support both Western European and Eastern European, especially Romanian, companies by offering them strategic interdisciplinary and intercultural consultancy, expertise. Our aim is to build trust; we work so that partners can really come together across borders. Our mission is the establishment of long-term strategic business, academic and political relationships between Eastern Europe and Western Europe. This company is a member of the Chamber of Industry and Commerce Bonn.

The Diplomatic Economist Ltd. is a company registered in England and Wales. It has an operational branch in Germany and was founded under the name Consult Muresan in March 2002 and renamed in the current name in August 2008. It stands for multilateral economic, political and academic partnership between businesses, universities and political parties from the East and West of Europe. A second location has been developed in Bucharest from where we can offer interested German and Western European businesses partnerships with Romanian companies. 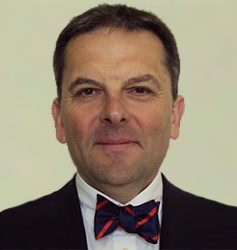 Dr. oec., Dipl.-Ing. Stefan Sorin Mureşan, M.A. founded Consult Muresan International Ltd. in March 2002 in Bonn. The company was renamed into The Diplomatic Economist Ltd. in August 2008 in order to portray more efficiently the specifics of the services offered.

Dr. Mureşan is as of 2012 lecturer of economic diplomacy and for multilateral economic governmental organizations for incoming international students at the University of Applied Science Würzburg, Germany.

EDUCATION
Economics
PhD in Economics from the University of Babeş – Bolyai, Cluj – Napoca, Romania, 2003 on a thesis on the post-war system of the Social Market Economy in Germany

Diplomacy
Master as “Master of Arts” at the Diplomatic Academy, University of Westminster, London, England, 1994